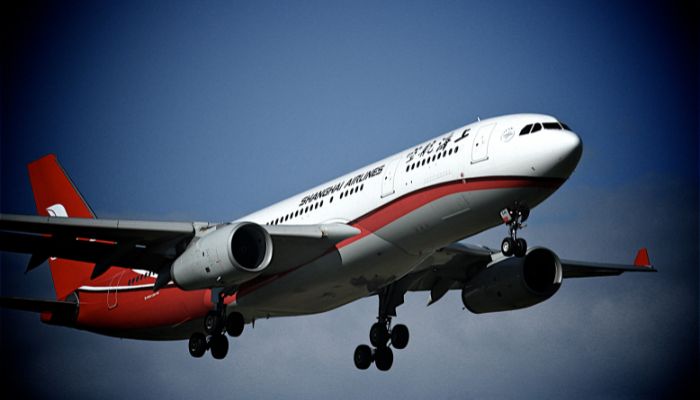 Maybe you’re curious about the Longest Flights In The World. Would a ten-hour flight be your maximum? What about 15 hours? The world’s longest flights take a couple more hours. The average duration of a nonstop flight has increased. Several major airlines are currently piloting routes that will link cities on opposite sides of the globe. When time is of the essence, nonstop flights are the way to go, but be prepared to spend a lot of time in the air.

Here is a list of the ten longest flights in the globe that put a new spin on the term “long haul,” along with details about the airlines, planes, and places you’ll encounter. Are you looking for affordable airline tickets to India from the United States? Is finding the finest travel agency near me a common search term in your history? That’s it, and you’ve found the proper place! To purchase one-way or return flights to India, go no further than Flyustravels. They provide the lowest-priced plane tickets so you can go to India without hassle. With their first office opening in 2013, they have quickly become the go-to resource for customers looking to buy tickets for foreign flights, whether to the United States or India.

Whether you start looking for tickets months in advance or are getting the jitters about booking at the last minute, they have covered you. In addition to arranging your trip to India, they will provide you with any updated travel-related information. They have extensive connections with airline consolidators, allowing us to locate low-cost seats for you. After booking your ticket, click “Flyustravels” to acquire details on your trip to India from the US. Their specialists will examine many booking sites to get the cheapest aircraft tickets.

The Top 10 Longest Flights in the World

Curious as to which ten flights are the Longest Flights In The World? You may stop looking now that they have compiled them all for you. The roundup is ordered not by kilometers traveled but by flight time since it is the only consistent measure. Since COVID-19 has caused prolonged border closures and travel restrictions, several of the longest flights have had to modify their schedules in light of the current case numbers and international tourist laws.

Singapore has flights to both New York airports, and the airline has taken steps to guarantee a pleasant experience for passengers. The airline has added health features, including business and premium economy cabins outfitted with comfortable chairs and a “wellness” menu with “farm-to-planet” meals designed to alleviate symptoms like dyspepsia.

Air New Zealand, which on September 17 flew the approximately 18-hour distance from New York to Auckland, is the most recent addition. The flight distance between the two cities is 8,828 miles, making it the fourth-longest journey in the world and bumping Saudia’s flight between Jeddah and Los Angeles to the 11th spot.

Transportation From New York To Singapore

The flight from SIN to JFK is the longest one currently in service. Singapore Airlines operates this route using the long-range and wide-bodied Airbus A350.

The plane from Newark to Singapore

The Newark to Singapore flight is one of the Longest Flights In The World, and it is by Singapore Airlines. It takes 18.5 hours to fly from Singapore to Newark, spanning ten time zones. Singapore Airlines is the long-distance champion since it operates the longest route and the second-longest flight globally.

In its 18 hours and 45 minutes of flight time, the world’s second-longest trip travels from Singapore, at the southern tip of the Malay Peninsula, to Newark, on the East Coast of the United States. This route spans ten time zones.

Flight from Perth to London

After two years, Qantas’ long-haul service between Perth and London Heathrow resumed in May. That’s the longest flight Qantas offers. This route’s Borin 787-9 Dreamliner flights have 236 seats in all three cabin classes. When Qantas finally launches its Sydney–London route in 2025, it will be the world’s most extended commercial trip.

In terms of distance, this is Qantar’s longest route. A Boeing 787-9 Dreamliner operates the flight from Perth to London with a total capacity of 236 passengers across three cabin classes.

Flight From Melbourne To Dallas

Qantas Airways, a subsidiary of Qantas Airways Limited, has stated that it would launch service on this route beginning December 2, 2022. Starting in December, DFW Airport will provide four weekly flights to Melbourne.

Originally scheduled to launch on September 17, 2022, Air New Zealand’s east coasts US route to their home base in Auckland until 2022, owing to the COVID-19 pandemic. Unfortunately, after just a week of operation, the route has already encountered significant difficulties due to high winds, with airline management reporting that these flights have been far more complex than first predicted after months of data modeling.

Flights between Auckland and New York have not yet begun. On September 17, 2022, Air New Zealand will start operating the first nonstop service between the South Pacific and the East Coast, with three weekly flights.

Nonstop Flight from Dubai to Auckland

The world’s longest nonstop flight, operated by Emirates, will return that route on December 2, 2022, taking passengers from Dubai to Auckland.

Flight From Los Angeles To Singapore

When Singapore Airlines started flying from Los Angeles to Singapore in November 2018, its goal was to revolutionize how easy it was to travel between Singapore and the United States. The A350-900ULR, the airline’s flagship aircraft, flies these routes.

No nonstop flights are available on this route, but from December 2, 2022, the airline will begin offering them again. Bookings for the same are also possible. Next year, United Airlines may provide direct flights between San Francisco and Moscow.

Transportation From Darwin To London

The Qantas flight from Darwin to London is the airline’s second-longest route. When the airline’s nonstop service between Perth and London in 2020 because of COVID-19 pandemic limitations, it immediately began flying flights along this route. As of this now, no direct flights are operating Longest Flights In The World. However, direct flights between Darwin and London are coming again shortly.

Qantas’s trip from Darwin to London is yet another record-holder for the longest flight in the globe. After being forced to cancel flights between Perth and London in 2020 owing to COVID limitations, the Australian airline resumed operating on this route.

Plane Trip from Houston to Sydney

United Airlines is the only provider of the January 2018 debut of nonstop service from Houston to Sydney. The airline has canceled flights on this route because of the widespread COVID-19 outbreak. The good news is that nonstop flights between Houston and Sydney are once again available as of October 2022, courtesy of United Airlines. Houston to Sydney is the world’s tenth-longest flight. Beginning October 28, 2022, United Airlines will operate on this route again.

Who would knowingly put oneself through a flight that takes 17 hours or more? That’s because they’re usually not in economy class. Taking one of the world’s longest nonstop flights allows you to take your time exploring the world’s finest wares. That’s a lot of hard-earned miles worth redeeming for a huge prize! Discover the ten Longest Flights In The World, their point values, and some interesting trivia about the planes that will take you there.

The airline business has never seen anything like the last year. A travel analytics company, the number of flights and passengers, dropped by around half from 2019 levels. Regardless, or maybe because of the competition, airlines offered several unique itineraries. In March, Air Tahiti Nui sailed from Papeete, Tahiti, to Paris, the most extended nonstop commercial trip in history, spanning 9,765 miles. Lufthansa also returned German people from New Zealand.

French Polynesia is part of France; hence the mission established a record for the longest nonstop domestic flight. Airlines curtailed schedules and mothballed most long-haul aircraft, save for special airlifts and research flights. Some of these planes recently returned to service, and carriers are restarting lengthy trips and launching new ones.

Are you curious about how far you can fly in one fell swoop? Think about it and give yourself some credit. However, many passengers like despise when they can and cannot get up during flights and what they are and are not allowed to bring on board. Long-distance flights have a bad reputation among many people.

It won’t be difficult to cross the item of being a passenger on the Longest Flights In The World off the list of weird things to accomplish before they die. They often fantasize about what it would be like to take the longest nonstop flight in the world with the best window seat and a laptop, documenting the experience of everything from the breathtaking scenery and mesmerizing views to starting a friendly conversation with an extraordinary fellow passenger, taking selfies, eating, drinking, sleeping, and more.

This past weekend marked the debut of Qantas’ brand-new nonstop service between Perth and London. The new route is the first commercially organized continuous service between Australia and Europe. At more than 9,000 miles and 17 hours and 20 minutes on the outbound, it is also the second-longest flight in the world by distance and Qantas’s longest journey. Only three months have passed since United first began offering flights between Houston and Sydney.

This flight opens a new chapter in aviation history. It continues a trend they have seen of airlines testing the boundaries of cutting-edge planes like the Boeing 787 Dreamliner to create connections between previously unthinkable locations.

A beginner’s guide on how to plan your travel budget